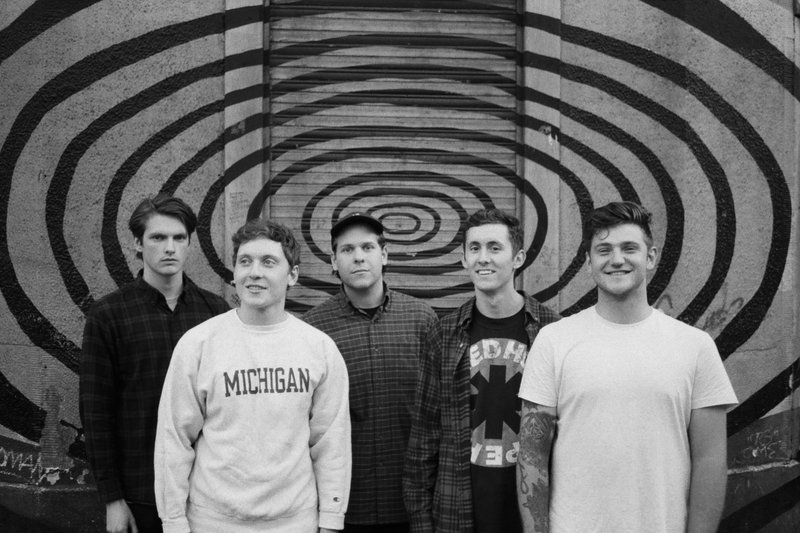 The first ‘band’ of the night is Ecca Vandal. An Australian based singer-songwriter giving the bemused Birmingham crowd a taste of her electro and 90s alt-indie sound. It wasn’t very well publicised that she was on the bill so it definitely took the near sold out crowd by surprise when Ecca and backing band took to the stage. I’m not sure if this was entirely the right fit for the Basement support slot as there was next to no energy from the crowd during their/her entire set. The being said Ecca’s sound is very unique and was very well executed, you can see her making big waves in the alt pop scene and moving on to play much bigger shows of her own. Think Gwen Stefani meets Blur’s Song 2 produced by Skrillex.

Next on the bill is California’s Joyce Manor. I hadn’t previously seen Joyce Manor live, they are not a band I have seen hit UK soil often and I haven’t heard too many of their songs before, so chucked on their new album ‘Million Dollars To Kill Me’ on the way to the show. I was pleasantly surprised by the album which is full of hooky indie punk rock gems, personally, I’m not sure it transferred very well to their live set as it felt a bit lacking. The stage presence was on the tame side, I’m sure I heard a few bum notes and there was some heckling which put a weird vibe on the whole thing. Music is art after all, it’s all subjective and it was plain to see that there were quite a few people having the time of their lives dancing to songs like ‘Constant Headache’ and ‘Heart Tattoo’.

Last up, the big dogs, Basement. As soon as they hit the stage with recent single ‘Disconnect’ there are limbs flying everywhere. On stage and off stage. It’s a delight to watch this band progress and their sound gets tighter and bigger every time I see them. The band plough through a decent mix of their back catalogue though it is obvious some of their older songs such as ‘Covet’ really hit the spot with tonight’s crowd. The Ipswich boys are great at putting on a live show, the energy is cranked up, the songs are precise and the sing alongs are non stop. I can’t wait to see them again!