It’s been 5 years since Bowling For Soup announced they were embarking on their final run around the UK – although they remained insistent the band was not splitting.  The 14 date tour in 2003 was to be their last here, with frontman Jaret Reddick citing personal and financial reasons for the decision. Since then, (thankfully) the Texan pop punk quartet have played on UK soil more times than I can recall – most recently headling last years Slam Dunk Festival.

In a line up dripping with nostalgia, this current offering has support from Army of Freshman (celebrating TWENTY years!) and a long overdue return from The Aquabats!  To really drive the nostalgia home, Bowling For Soup are promising to play their standout record, Drunk Enough to Dance, in full.

We had to see this!

Opening the evening were Army of Freshmen; the Californian band who co-created the Get Happy Tour with tonight’s headliners.  With 20 years under their belt, it’s no surprise that the band delivered a slick, clean set.  I’ve always felt this band were underappreciated.  Army of Freshmen have had their fair share of tours around the UK, but there’s a feeling that they never quite hit the levels of success their music deserved.  Those who were in the venue early to see them tonight, sang along to old favourites and it was plain to see that many still hold them in high regard.  Frontman Chris Jay showed self-awareness when he announced: “I know we’re old as fuck…” before kicking into the bands biggest hit “Juliet” to end their set.  (If we’re honest, a lot us are probably feeling old as fuck now too!) 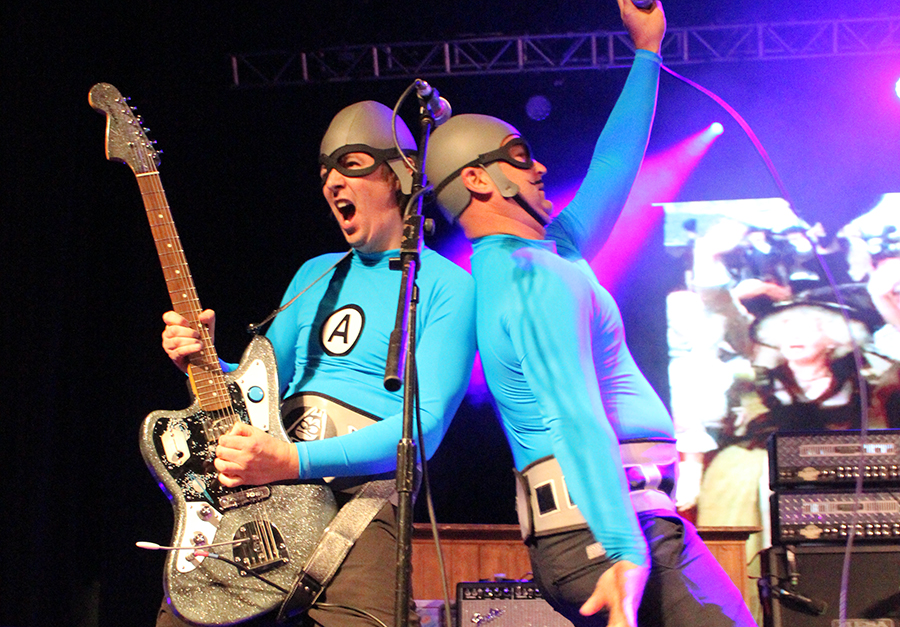 The Aquabats are just a fun fucking band – it’s really that simple.  Call me biased as I have a big soft spot for ska punk, but The Aquabats always deliver an entertaining set and tonight was no different.  As they took to stage, dressed in their trademark comic book-style superhero costumes, it was apparent that much of the crowd had no idea what was coming.  Over the course of their set, we witnessed countless inflatables, fans crowd surfing on oversized pizza slices, a dance-off between a washed up Freddie Mercury and The Aquabats frontman – whilst throughout the screen behind played some truly ridiculous footage.  Highlights were “Pizza Day”, “Burger Rain” and “Pool Party”

This was the perfect choice to support Bowling For Soup.  Much like the headliners, The Aquabats don’t take things seriously and clearly put entertaining their crowd very much at the forefront of their performance.

And with that, it was time for the main event!

It’s somewhat sobering to realise that “Drunk Enough To Dance” was released 18 years ago.  It’s a testament to the quality of the record, however, that these songs still hold such affection amongst the pop punk community.  I’ll confess, I haven’t listened to this album in full for a while, yet I found myself spending the next 2 hours singing along to every word – embarrassingly air drumming along on more occasions than I care to mention. 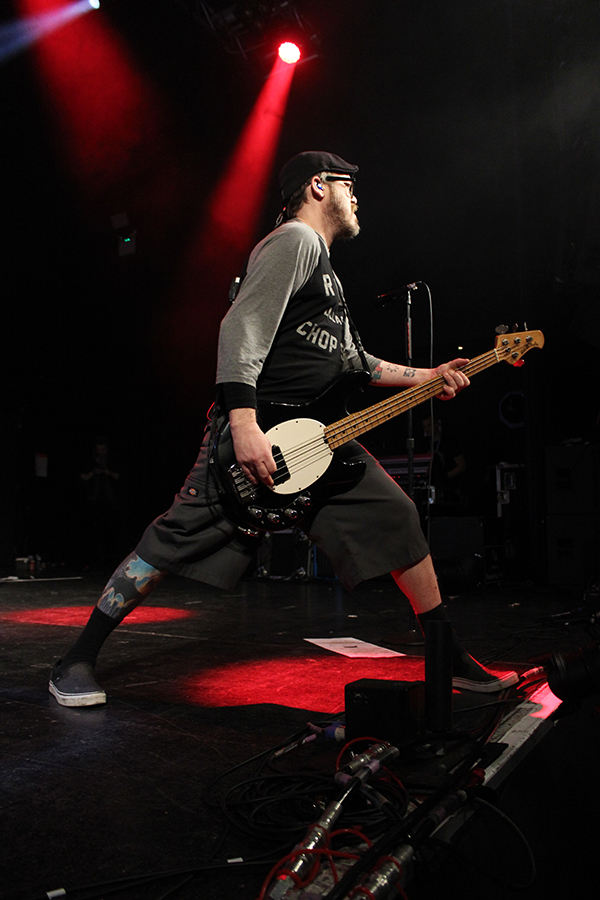 Kicking off with album opener “I Don’t Wanna Rock” into tracks 2 and 3 “Emily” and “Girl All the Bad Guys Want” we were all instantly transported back to a time of dickies shorts, vans and questionable haircuts.  The band generally maintained their promise of playing the album in full, the order changed up a slightly and a couple of songs were dropped – but no one seemed to notice or particularly care.  We were too busy enjoying ourselves.

It was refreshing to see songs like “Running From My Dad”, “Scaring Myself” and “Where To Begin” live.  T

Bowling For Soup are famed for their light-hearted natures, an endearing quality that shines through as they interact with the crowd.  At around the 50 minute mark, Reddick diverted attention to the countdown on the screen behind them – signifying the countdown to the bands biggest hit 1985.  (I’ve always felt Girl All The Bad Guys Want was their number 1…am I out of touch? No, its the kids that are wrong).  As the set progressed, this countdown re-appeared at intervals… it was no surprise to anyone when they admitted the timer was bullshit – the set wasn’t THAT organised! 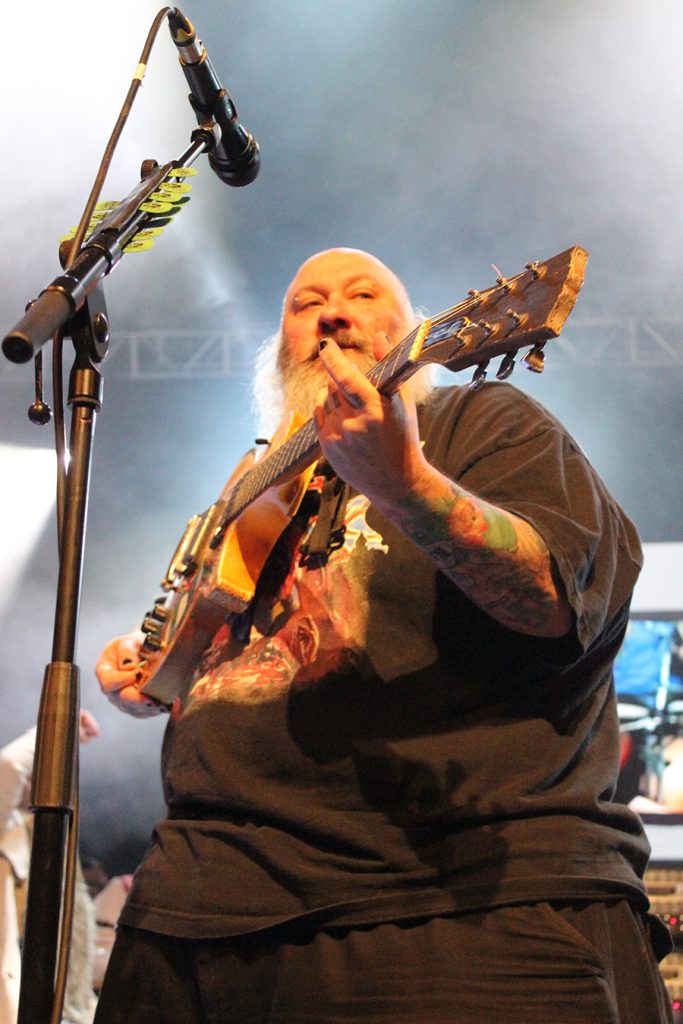 Punk Rock 101, my personal favourite, was played at pace – prompting pockets of moshing across the crowd.  In typical BFS style however, the song abrublty stopped after the interlude for the band to down instruments and pose for photographs.  Why the band opted to use a Spanish version Yankee Rose by David Lee Roth as the musical accompianiant to these poses remains unknown…but it made me chuckle none the less.

The stage also feautured a bar, with a group of lucky fans able to enjoy the show from the best seats in the house, whilst being served drinks from the bands personal barman!

As long as the album is, the 2 hour set was never going to be exclusively Drunk Enough To Dance.  Other tracks included “The Bitch Song”, “High School Never Ends” & “Almost” – all drawing a suitably enhtusiastic crowd reaction.

The band returned for an encore with the excellent “Ohio (Come Back To Texas)” before finally playing  the much hyped “1985” as the room sang for the last time of the night.

And with that, it was over.

In an age when the vast majority of pop punk bands from that early-2000’s era have disappered into the history books, it puts a huge smile on my face to see that not only are Bowling For Soup still going – they’re just as good as they’ve ever been.   Whether this really will now be the last time they tour the UK remains to be seen, but I sure hope not. 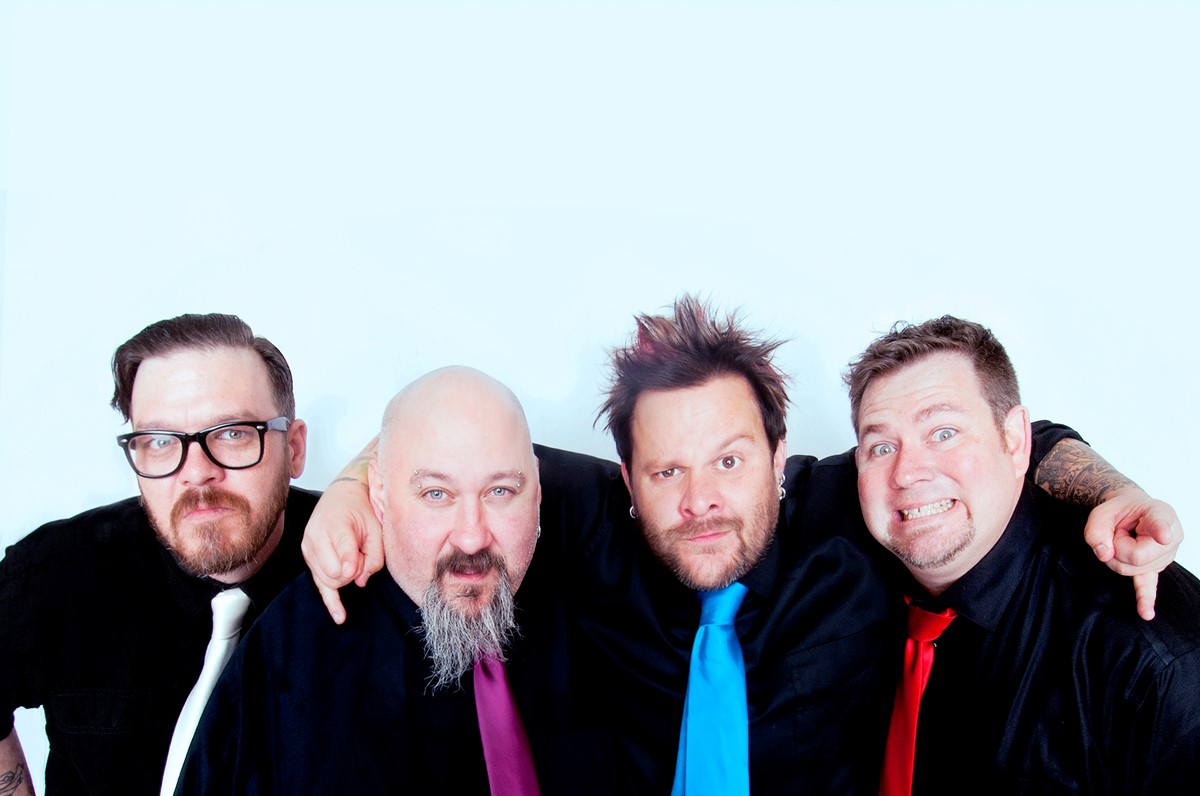