After a five year hiatus The Dangerous Summer are back with their fourth album; The Dangerous Summer. Which is released 26th January via Hopeless Records. You may remember them from your emo/scene days. That nostalgia and people not faltering on the band since their split in 2014, is what helped make their decision to make new music an easy one.

The album kicks off with the melodic Color, which is a nice way to ease into the record. This Is Life, picks up the pace. The whole album is tinged with the passionate and gravelly tones of AJ Perdomo, part of the reason they stood out for me first time around was his voice. Its such a stand out from the other bands of the time. Fire is reminiscent of their old sound, and its a nice reminder if you haven’t listened to them in a while.

Often with only 10 tracks on an album it can seem too short, but they’ve perfectly encapsulated a sense of narrative, sincerity, passion and home with this record. Its not reliant on trying to fit into what the genre was or has become, its just a genuinely great album. They aren’t trying to rewrite the book, they’re just immersing themselves wholeheartedly into an ever changing scene. And its nice to have the guys back.

You can get the album from tomorrow. Theres also some lovely vinyl variants and merch over on Hopeless Records. 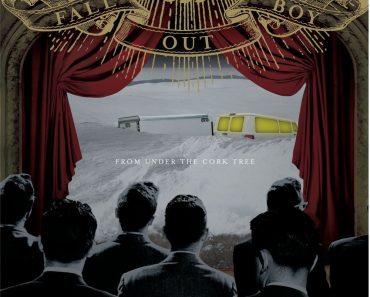