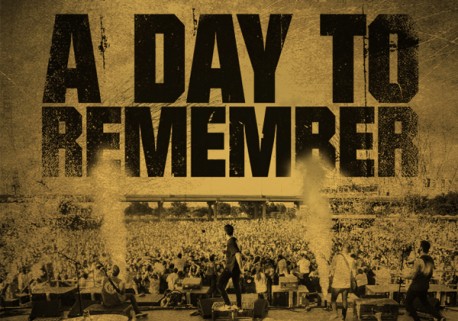 A Day To Remember have released a statement, following their legal action against Victory Records.  It has now been ruled that Victory Records are to award the band $4million in withheld proceeds.

This is the culmination of a 5 year legal battle and centred around the bands original commitment to a 5 album deal.  ADTR left the label after only releasing 3 (For Those…, Homesick,  What Separates…) – Victory argued therefore that the deal was not fulfilled.

The court in Illinois, Chicago has now determined that 2 further live performances, filmed for iTunes, conclude the original deal.  A further $4m sucker punch was added by way of withheld proceeds (royalties etc…)

ADTR have retained rights to their music and whilst Victory Records can continue to sell these releases, they must continue to pass on the required royalties to ADTR.

“As many of you know, more than 5 years ago we filed a lawsuit against Victory Records seeking freedom and resolution on several issues we had with them. For the past 2 weeks we have been in court arguing our case. Yesterday, the jury came back with a unanimous verdict in the trial granting us that freedom and resolution. Thank you to the fan base for supporting us through this difficult time, we couldn’t have done this without you. This isn’t just a victory for us but also a victory for every band wronged over the years. Right doesn’t always win, but yesterday it did.”