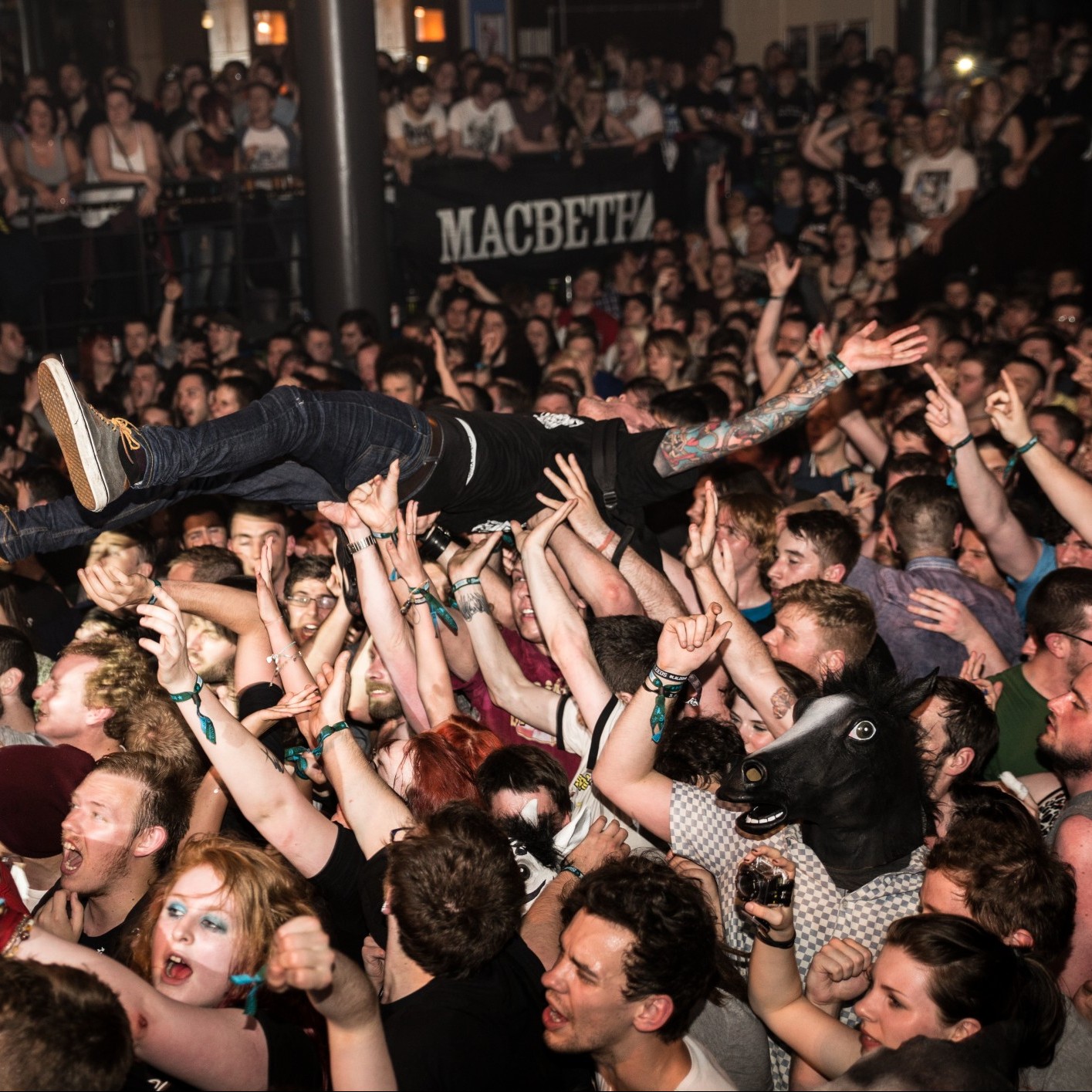 Well, Shit! I’m sure most of us can agree that 2016 has been a real jerk of a year. From the grim reaper rattling his scythe over the worlds celebrities, between ‘Brexit’ and Trump, and even that god damn gorilla, the consensus is that 2016 can do one whilst we eagerly await the warm embrace of 2017.

However, whilst the headlines from the year have been notoriously depressing, the music world has kept turning and released some amazing records. So before we dive headfirst into 2017, here’s a few albums we loved, to show even the shittiest years have a positive side. So in no particular order… You know we’re huge Blink fans here at PPD and we eagerly awaited this release. Since the line up change with Matt Skiba taking over from Tom Delonge, it was a huge relief to get hear such a solid effort that once again felt like a Blink 182 record. Now we can line the streets and get out the ticker tape to welcome home our heroes when they return to the UK in July to tour this record. 2016 was a huge year for Moose Blood as they’ve managed to cement their place as a band at the top of the genre who’ve also enjoyed success stateside. “Blush” is a testament to this, picking up where “I’ll Keep You In Mind From Time To Time” left off and solidifying their own sound, with well-crafted songs that will appear on playlists for the next few years (as well as having a penchant for single word song titles) Thirteen Studio albums later and NOFX still manage be to more than relevant in the ever changing pop punk scene, whilst still retaining their wry sense of humour. “First Ditch Effort” is less politically inclined than past records, focusing rather on personal struggles of an aging punk band. However, they manages to keep the winning formula of power chords and metal riffs with lyrical weight that has kept them going for as long as they have. A must listen to break up your current pop punk habits.

Real Friends – The Home Inside My Head Although not as critically received as their previous release “Maybe This Place Is The Same…”, this record is equally as important. When considered as a sequel, the record tracks the growth that was longed for in the previous release and provides hope within the anxiety. There’s a shy optimism that can be overlooked due to the tone of the album, but there’s also a lot of great tracks like ‘Mess’ which bolster Real Friends to the heights they’ve been regarded. Go on, give it another listen. The sophomore record from Trophy Eyes was a surprise addition to the list but deservedly makes the list due to its diversity and execution. “Chemical Miracle” does not just chug along with the post-hard-core formula that brought them success in 2014 with “Mend, Move On”. The records crosses genres between well written pop-punk and guitar heavy screamo, there’s a spectrum of great songs waiting to be discovered. Drawstring are made up of two guys, Ben and Sam, from Kent who released a gem of a record this year that is everything you loved about 2000’s emo brought up to date with a distinct British twist. With a resurgence in an emo / grunge sound, “Cool” defines itself clearly on the emo side with slick, clean tracks with enough melancholy and melody to make you feel good about feeling disjointed.

A Day To Remember – Bad Vibrations We’re not sure what deal ADTR made with the devil, but either way they’ve proved again that they have some sort of magic and consistent formula for writing a great album. Their hybrid brand of post hard-core pop punk is back after three years with big choruses, big riffs and big, melodic breakdowns. The reason the Florida five piece has enjoyed so much success is evident and have harnessed a positive consistency that is sure to continue. In case you’ve just tuned back in to Taking Back Sunday for the first time in a few years and are expecting some mic swinging and stage posturing, too bad. The bands evolution over nearly fifteen years now is a remarkable testament to their diversity and ability to still write relatable songs. The core structure of what made Taking Back Sunday has now evolved and culminated into a great record that shows and why they’ve lasted longer than many of their contemporaries.

Boston Manor – Be Nothing The UK pop punk scene has seen a renaissance over the past few years to a point of saturation, however Boston Manor have pulled themselves ahead of the curve. Their first full length “Be Nothing” sees them step outside the usual UKPP parameters, building solid song after solid song, that shows depth and potential that has been missing with many of their peers. This record is the reason to be excited about the alternative British music scene. With the way 2016 has been, there would’ve been a time you may have thought Deryck Whibley wouldn’t have made it through due to his past alcohol issues. Thankfully, after his recovery and the return of Dave ‘Brown Sound’ Baksh, Sum 41 hit back with 13 Voices. The record centres around Whibley’s fall and redemption with a sound more akin to Linkin Park. Nonetheless, it’s a solid comeback and worthy of note as a stand out effort contextually.

There you have it, some of our stand out picks for 2016. Aside from these, we need to add some honourable mentions that also brought out some sick records this year; including the return of Good Charlotte with “Youth Authority” and The Starting Line’s “Anyways”. It was also a strong year for Emo with Modern Baseball’s “Holy Ghost” and Into It Over It releasing “Standards”.

Let us know who we missed and what you thought of 2016’s releases.