Over a decade of heartfelt sincerity in 45 minutes

Straight up, it’s hard to be impartial when writing these reviews sometimes. So when given the chance to listen to City and Colour’s new record “Guide Me Back Home” was offered to us, I knew that I was going to have to hold myself back from falling in love with it before getting to track five.

For those of you who need a quick catch up, Dallas Green of post-hardcore heavyweights Alexisonfire, formed a solo side project over a decade ago. This gave him agency to exercise his folk side with those familiar vocals you would have heard bringing the melody to AOF’s hardcore driven screams – Now spanning thirteen years and various award wins, Green has forged himself a solo career that sees the release of his sixth album “Guide Me Back Home”.

This is particularly special for Dallas himself, as it’s the first record released off his brand new label ‘Still Records‘. Like all artists who’ve been on the circuit half their lives, a live album is inevitable, Guide Me Back Home marks a stage in Green’s career that showcases this achievement. However, this was without his usual full band and recorded completely stripped back on his 2017 sold out tour of Canada “An Evening With City And Colour“. This was toured in intimate theaters and back rooms to exhibit the core of Green’s song writing. And with a twenty song track list, you get the whole damn show.

The record as whole is a haunting photo album of experience and emotion. Laid on top of acoustic guitar, piano and slide guitars, Green’s vocals are the stand out star of the record. The stripped back nature of the songs really create the perfect environment for the vocals to reach you, and emphasize whatever you feel from listening to the track. With twenty tracks to swim through, the listing has everything from his breakout album Sometimes, including Casey’s Song, Hello I’m in Delaware and a version of Coming Home that he effortlessly blends with the chorus of Alexis’ mega smash, This Could Be Anywhere… All of Green’s back catalog get treated with this touching brand of intimacy, notably We Found Each Other In The Dark from Little Hell, as well as fan favorites like That Girl from Bring Me Your Love. It should also be mentioned that for a live album, there isn’t too much interaction with the crowd barring a story or two including an on brand Donald Trump anecdote.

This is an obvious ‘must listen’ for any City In Colour or Dallas Green fans, but the crossover fan base between AOF’s scene following that merged into a wider base of musical aficionados, is a testament to heartfelt song writing and catchy folk singalongs that lend themselves to all audiences. This is a hallmark to Dallas Green’s career and a wonderful way to binge his greatest work at its best if you’ve never listened to him before.

Do yourself a favour, plug your headphones in, stick on a dim lamp in a dark room and give yourself the time to listen to this album. Then thank me for feeling all the feelings.

Guide Me Back Home is out for release on October 5th 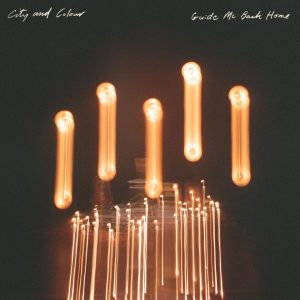