So as a Slam Dunk veteran I was off to Leeds again this year to review what I think is the best alternative festival in the UK, maybe the world? Could that opinion change now that it has been rooted out of the city centre and Leeds UNI and moved to the Temple Newsam Estate which is a much larger site allowing for bigger stages, bigger bands and more importantly more people!

Arriving at Temple Newsam Estate I could feel the step-up of this independent festival I had grown to love over the years, but nothing will beat the memories of eating endless amount of pasties in the UNI while watching some of my favourite bands in sweaty small rooms. I entered the gates with fresh eyes and open arms to see if Slam Dunk had made the right move. Eight Stages spread out over pleasant fields and forest surroundings, I’m impressed!

We settled into our day by heading over to the Marshall Stage to be wooed by William Ryan Key from Yellowcard who never disappoints. We enjoyed rolling back the years to all the classic hits from the album of our youth Ocean Avenue, a perfect start for a day of nostalgia.

Grunge rockers Milk Teeth arrived next on the Dickies stage and provided a solid set with plenty of great stage banter from Em. Becky Blomfield is one of our favourite frontwomen, slams the bass and sings the most wonderful melodies.

Now Slam Dunk had been teasing us with a secret band to play on the Key Club Stage, after hearing the rumours and ‘Y2K’ flying around 16 year old me was about to burst out of me with excitement. We headed to the stage which was already heaving with anticipation and we squeezed in to be greeted by the opening of Air Hostess. Yes it was true. Busted had arrived. A short set of 7 songs from the guys but it was 7 of the best and a warm loud welcome was given by all the slammy d punters watching, singing along to every word of every song.

As we moved through the day, the heavens opened and made me miss the nice solid concrete floors of the city centre and the dry comfy surrounding bars I could sneak off to and grab a quick beer because there was nothing quick at all about SDF19 bars this year with many of the customers spending their time in queues. Hopefully we will see this reduced next year and put it down to teething problems of the first year in the new site.

Our favourites of the whole day as always was New Found Glory who entered the stage with their cover of Eye Of The Tiger followed by ploughing into the chugging chord of their hit Understatement. A solid set of 14 songs from the 4 piece punks filled with all the hits.

Some notable other mentions of the day were Tiny Moving Parts, Cancer Bats, Simple Plan and Boston Manor who all provided great sets which we enjoyed.

So even though it’s now over, we are looking ahead to 2020 and see what can be improved to make this site even better than this year. Let’s pray for better weather and smaller beer queues! 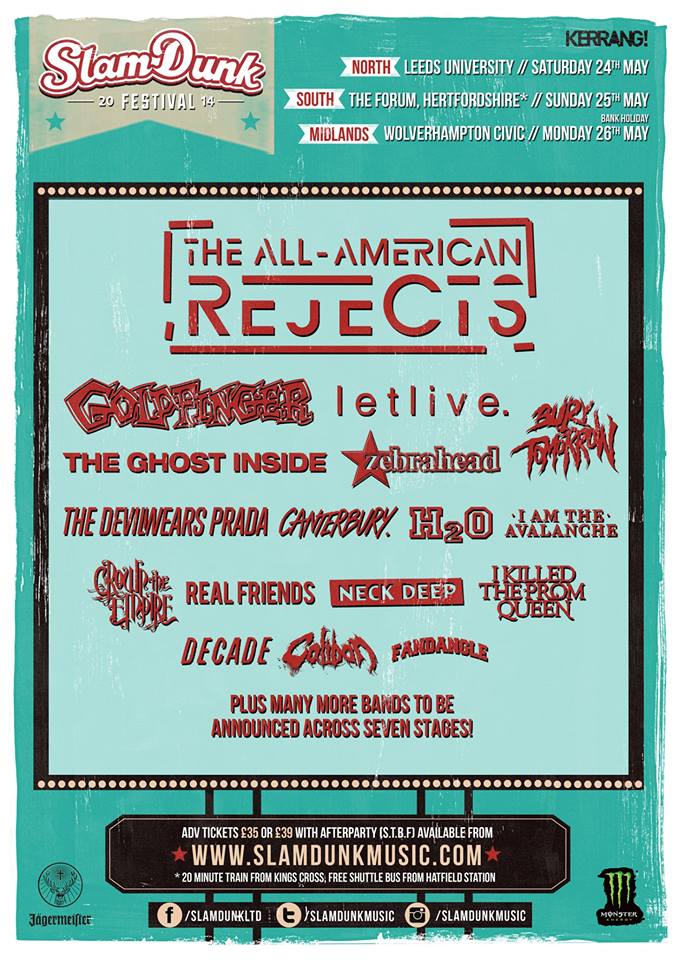