In addition to the ground-breaking headline performance from While She Sleeps and highly anticipated return of Counterparts, the Jägermeister stage will play host to punk incarnate Refused, welcome the reunion of homegrown hardcore in Your Demise and give way to the visceral Stray From The Path. Fellow Canadians and heavy icons Comeback Kid will be stepping onto the coveted stage following an unmissable performance from Australian mob Deez Nuts and opening performance from Blood Youth. 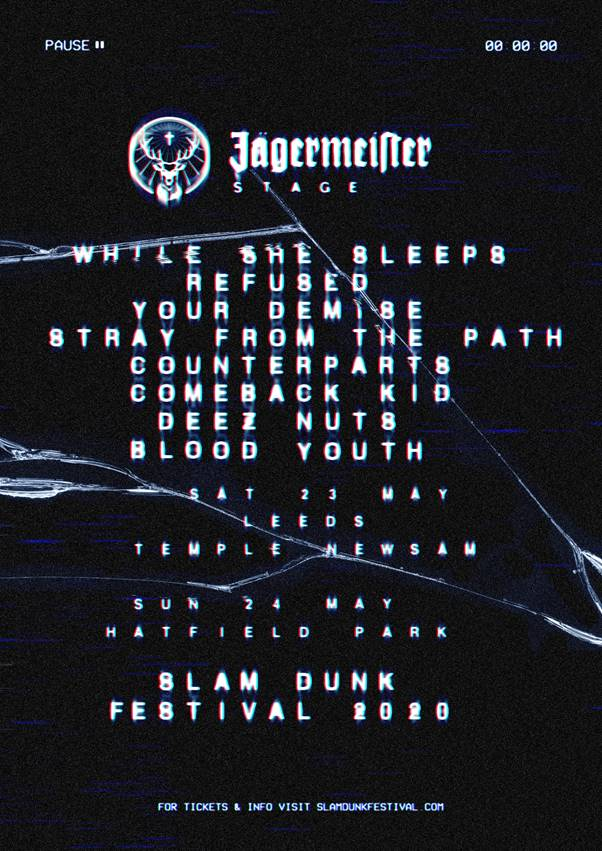